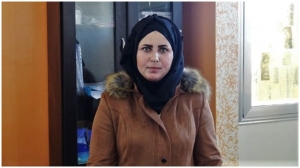 The two women worked for local institutions within the Kurdish-led Autonomous Administration of North and East Syria (AANES).

Hind Latif al-Khadir, co-head of the Tal al-Chayir council, and Economy Committee Co-head Sa’da Faysal al-Hermas, were both kidnapped from their homes while being raided by unknown men. According to SOHR, both were found dead in al-Dashisha, hours after being kidnapped.

“The Hasakah Canton’s Council confirmed in a written statement the assassination of two of their administration officials, after their abduction by unknown gunmen, believed to be affiliated with ISIS sleeper cells, yesterday in Shadadi area,” the Syria-based Rojava Information Centre (RIC) wrote in a tweet.

Mohammad Ibrahim, a local researcher and analyst focused on northeast Syria, told Kurdistan 24, “The area of Dashishah was well known as ISIS HQ in Hasakah province. A few weeks ago, the SDF raided some areas there and allegedly arrested ISIS-linked cells.”

He explained that the town has also witnessed additional attacks this month against members of the Kurdish-led Syrian Democratic Forces (SDF), saying, “The sparsely inhabited areas adjacent to the Iraqi border allow ISIS cells to sneak across the border.”

The Hasakah Provincial Council later condemned the crime, adding that the aim of the attack was to “destabilize security and stability and spread terror among the people.”

It’s not the first time that Kurdish politicians and security officials have been targeted by the SDF’s opponents.

According to open-source researcher Caki Akyuz, the Islamic State has increased its activity in Hasakah province over the past 2 months and threatened to target anyone working with the AANES.

“ISIS has an increased presence along the border in recent months with a number of Iraqis arrested by Coalition and SDF in border villages,” he told Kurdistan 24 on Saturday.

“ISIS doesn’t usually claim to target females working with AANES as they do with males, as shown in Deir al-Zor, but all fingerprints point to ISIS being behind the killings.”