Results of the parliamentary elections in Iraq 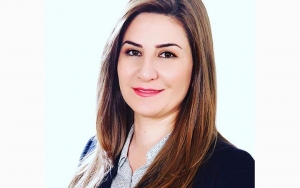 The snap parliamentary elections on October 10 were, by and large, peaceful, with no major incidents and little excitement.

Despite the reform of the electoral code now allowing independent candidates to run, turnout was only 41% compared to 44.56% in 2018.  Much of the population seems to despair of the largely corrupt and incompetent political class which, despite the notable improvement in the security situation, has failed to provide basic services and rebuild a country and society devastated by more than 40 years of war.

In this difficult context, parties with a loyal grassroots base were able to mobilize their voters and emerge victorious from an election marked by considerable political fragmentation.

167 parties and more than 3,200 candidates were vying for the election of 329 deputies.

The Independent High Electoral Commission, after reviewing various appeals and verifications, announced the near final results at a press conference in Baghdad on October 16.  The chairman of the commission certified the fairness of the election, in which voters were issued biometric identity cards for the first time, thus preventing multiple voting or ballot box stuffing.

According to the results, in the Kurdistan Region and in the federally administered Kurdish territories such as Kirkuk and Sinjar, the Kurdistan Democratic Party (KDP) won 33 seats, its historical rival, the Patriotic Union of Kurdistan (PUK), 16 seats, a recent opposition group, New Generation, 9 seats, the Islamic Union (Yekgirtû), 4 seats, and another Islamic group, Komala, 1 seat. The Goran (Change) party, which came third in the previous elections in Kurdistan, failed to win any seat despite its alliance with the PUK.  The death of its charismatic leader, Nowshirvan Mustafa, and the ensuing succession disputes have had a negative impact on the constituency of this party, which was formed from a split within the PUK.  The latter party is also in sharp decline, as in the 2018 elections it won 18 seats.

In its traditional stronghold of Sulaymaniah , the turnout was only 37% against 54% in Duhok and 46% in Erbil, strongholds of the KDP.  The PUK won 1 of 11 seats in Dohuk and 2 of 15 seats in Erbil.

In Kirkuk, which has lost part of its Kurdish population since 2017, the turnout was 44%.  Unlike previous elections, where Kurdish parties ran on a joint list to maximize their chances of victory, this time they went in a scattered order and this dispersion cost them 2 seats.  The PUK won 3 seats, the KDP 2 seats and New Generation 1 seat, 4 Arab candidates were elected as well as 2 Turkmens, including 1 from the Turkmen Front, which is strongly supported and financed by Turkey.  In 2013, the united list of the Kurdistan Alliance, led by the late Dr. Najmaldine Karim, won 8 out of 12 seats.  The candidates of the smaller pro-PKK parties did not win any seats.

In total, the Kurdish MPs will be 63 out of a total of 329 in the Iraqi Parliament, or even 64 if we add an independent Kurdish candidate Nasik Mehdî Kharib elected in the governorate of Salahadin.  In the outgoing parliament, there were 58.

The Christian community, for its part, elected 2 deputies from its quota, including 1 in Erbil and 1 in Mosul.

The new Iraqi Parliament will have 97 women, i.e. 29.4% of those elected, thus exceeding the mandatory minimum quota of 25% enshrined in the Iraqi Constitution of 2005 at the initiative of the Kurdish parties.  With 22 female deputies out of 64, women represent 34.37% of Kurdish elected officials. They are aiming for parity within 10 years.

In the Arab populated part of Iraq, the list of the Sadrist Movement, a coalition around the influential Shiite leader Moqtada al-Sadr, came first with 73 seats. The Sunni alliance al-Taqadum (Progress), led by the Speaker of Parliament, did well with 38 seats.  In third place was the State of Law coalition led by former Prime Minister Maliki, which won 34 seats compared to 26 in 2018.  Coming in first in Kurdistan, the KDP, with its 33 seats, ranks as the 4th largest parliamentary group in Iraq. The oldest political party in Iraq (founded in 1946) after the ICP, which is currently in disrepair, the KDP thus asserts itself as the leading party at the Iraqi level because, unlike the other parliamentary groups formed by coalitions of parties, the KDP ran alone in the elections.

Several shiite parties, including the Fatah Alliance, denounced the election results as "fraudulent".  The High Electoral Commission will examine the 356 complaints filed within the next few days.  Then it will be up to the Iraqi Federal Supreme Court to ratify the final results.

Because of the fragmentation of the political scene, difficult and lengthy negotiations are expected to take several weeks or months to form the future government.  In the meantime, the Kurdish parties have begun to meet to define a common line in Baghdad.