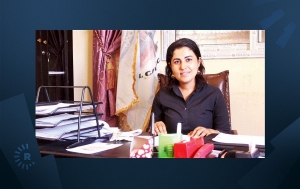 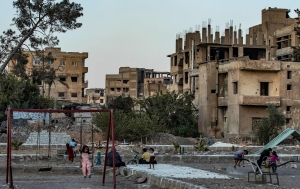 ERBIL, Kurdistan Region – The female Kurdish mayor of Raqqa, the one-time de facto capital of the so-called caliphate of the Islamic State group (ISIS), was a recipient of an international mayoral award on Tuesday.

Leila Mustafa was honored with the 2021 World Mayor Jury Award, recognized for her efforts to rebuild her war-torn city.

Originally an engineer, Mustafa became the city’s mayor when she was 30, serving with an Arab co-chair, according to the World Mayor award. Her mission is to rebuild her city that witnessed horrific crimes of ISIS and was reduced to rubble in the battle to oust the terror group, while building reconciliation among the city’s people and creating a civil society.

ISIS seized control of large swathes of Iraq and Syria in 2014. The last of its so-called caliphate was defeated in Syria in 2019. Raqqa served as the de facto capital of the group and was subjected to heavy aerial and ground offensives in the battle to liberate the city.

Mustafa was featured in ‘9 days in Raqqa,’ a documentary selected for the 2020 Cannes film festival. The film chronicles efforts to rebuild the city, freed from ISIS but facing a daunting challenge of rising from the ruins.

Thousands of people have returned to Raqqa since the war ended and the population is now an estimated at least 270,000, according to Save the Children, and 36% of the city's buildings are still destroyed.

World Mayor has been honouring mayors since 2004. The 2021 World Mayor Project was launched at the start of the coronavirus pandemic and focused on stronger, fairer, and greener cities. The list of nine mayors honored included municipal leaders from various cities and communities where their work and goals have been valued and praised by citizens.

The 2021 World Mayor Prize was shared by the mayors of Rotterdam, Netherlands and Grigny, France.

Rudaw English reached to Mustafa, but she was not immediately available for comment.