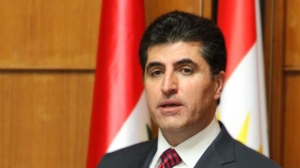 The attack on the Charlie Hebdo magazine in France today was a crime. It is unjustifiable and we condemn it strongly.