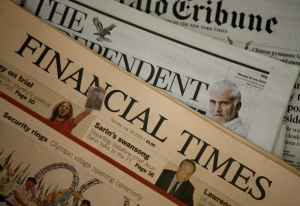 Ft.com | By Daniel Dombey in Washington

President Barack Obama has personally warned Turkey’s prime minister that unless Ankara shifts its position on Israel and Iran it stands little chance of obtaining the US weapons it wants to buy.

Mr Obama’s warning to Recep Tayyip Erdogan is particularly significant as Ankara wants to buy American drone aircraft – such as the missile-bearing Reaper – to attack the Kurdish separatist PKK after the US military pulls out of Iraq at the end of 2011.

The PKK has traditionally maintained bases in the remote mountains in the north of Iraq, near the Turkish border.

One senior administration official said: “The president has said to Erdogan that some of the actions that Turkey has taken have caused questions to be raised on the Hill [Congress] . . . about whether we can have confidence in Turkey as an ally. That means that some of the requests Turkey has made of us, for example in providing some of the weaponry that it would like to fight the PKK, will be harder for us to move through Congress.”

Washington was deeply frustrated when Turkey voted against United Nations sanctions on Iran in June.

When the leaders met later that month at the G20 summit in Toronto, Mr Obama told Mr Erdogan that the Turks had failed to act as an ally in the UN vote. He also called on Ankara to cool its rhetoric about an Israeli raid that killed nine Turks on a flotilla bearing aid for Gaza.

While the two men have subsequently sought to co-operate over Iraq’s efforts to patch together a coalition government, the US makes clear its warning still stands.

“They need to show that they take seriously American national security interests,” said the administration official, adding that Washington was looking at Turkish conduct and would then assess if there were “sufficient efforts that we can go forward with their request”.

US law requires the administration to notify Congress 15 days ahead of big arms sales to Nato allies such as Turkey. Although technically such sales can proceed – unless Congress passes legislation to stop them – resistance on Capitol Hill can push administrations to abandon politically unpopular sales.

Turkey has sought drones for several years. But its drive has taken on greater urgency both because of the continuing US withdrawal from Iraq and the tensions with Israel, which has provided Ankara with pilotless Heron aircraft.

Turkish officials characterise the military relationship with the US as very good but declined to comment on specific procurement requests. The administration has not notified Congress of any big arms sale to Turkey to date this year.