The final results of the parliamentary elections in Kurdistan 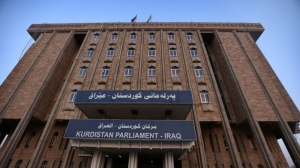 After the review of all appeals and disputes, on Tuesday, 30 October, the Supreme Court of Kurdistan released the final results of the parliamentary elections in Iraqi Kurdistan that took place on 30 September 2018.

The Parliament of Kurdistan has 111 seats, of which 11 are reserved for the Assyro-Chaldean (5), Turkmen (5) and Armenian (1) minorities.

The KDP of Massoud Barzani, with 45 seats, is by far the largest party in Kurdistan. The UPK has risen by 3 seats while its rival Goran, disoriented by the disappearance in 2017 of its leader Nowchirwan Mustafa sees, with its 12 seats, its workforce divided in two. The same is true of the Islamic movement, which only won 12 seats against 17 in 2013.

Here is the breakdown of the 100 seats according to the results of the 2018 Septembers poll.

The outgoing parliament will hold its final session on Wednesday 31 October.

Then the new Parliament will meet soon to elect its president.

Consultations between political parties are underway to form a coalition government led by the KDP including the PUK and possibly also representatives of Goran as well as those of minorities.