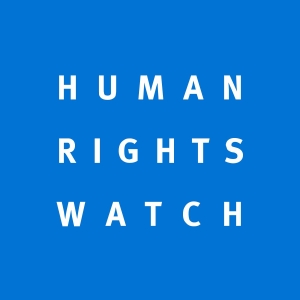 (London) – Some of the attacks by Iranian Revolutionary Guards on Iranian opposition party offices in the Kurdistan Region of Iraq in late September struck towns and villages where the parties were not carrying out any military activity, according to local residents, Human Rights Watch said today. According to media reports, the attacks killed at least 16 people, injured dozens more, and displaced hundreds of families.

“Iran’s Revolutionary Guards forces’ attacks on residential areas in the Kurdistan Region of Iraq is part of a long history of lethal attacks on civilians, including during the war in Syria,” said Adam Coogle, deputy Middle East director at Human Rights Watch. “Countries seeking to hold Iran accountable for its brutal crackdown in recent days should also ensure that those responsible for indiscriminately killing civilians abroad are held accountable as well.”

The attacks on the opposition groups in the Kurdistan region of Iraq coincided with widespread protests in Iran that began on September 16, following the death of Mahsa (Jina) Amini in the custody of Iran’s “morality police” after she was detained for “improperly” wearing her hijab. Iranian authorities have responded to weeks of protests with brutal violence, killing and injuring hundreds of protesters.

On September 24, the Revolutionary Guards shelled the offices of Iranian opposition parties in the Sidakan district northeast of the city of Erbil. The attacks targeted the Kurdistan Democratic Party of Iran (KDPI) and the Komala Party of Iranian Kurdistan, which did not result in casualties. But media reports indicate Iraqi residents and Iranian refugees had since abandoned six nearby villages.

The KDPI was formed in 1945 and the Komala party in 1969, both as social democratic parties. Both parties have previously engaged in armed conflict in Iran, and reportedly still maintain armed wings.

On September 28, the Iranian military again struck the offices of the KDPI and the Komala party in the Koya district of Erbil governorate and the Zargwezalla residential complex in Sulaymaniyah governorate.

“We are a political party, not a military group,” Fuad Khaki Baygi, a member of the KDPI, told Human Rights Watch. “[Iranian authorities] are trying to divert attention from the protests in Iran, so they’ve resorted to indiscriminate shelling in civilian-populated areas in the Kurdistan Region of Iraq.”

According to UNICEF, the attacks in Koya struck a school in a refugee settlement, injuring two children and killing a pregnant woman. Human Rights Watch identified the woman as Reyhane (Shima) Kanaani.

“Our home is one and half kilometers away from the party headquarters,” said Zanyar Rahmani, Kanaani’s husband, who works at the KDPI offices that were attacked. “[We live] in a camp for refugees, mostly women and children live there. The area where my wife and I live is not a military place, it is residential for civilians.”

Kanaani was 36 weeks pregnant with their son, whom they named Waniar, her husband said. Following the attack doctors delivered the baby then operated on Kanaani, who suffered injuries to the back of her head and internal bleeding. She died from her injuries. Waniar suffered brain damage and also died. “My son was healthy [before the attack], until that moment all the sonograms showed he was healthy,” Rahmani said.

Human Rights Watch interviewed an Iraqi police officer who works at the Koya hospital and has no affiliation with the opposition parties targeted. “On September 28, I was working at the hospital,” he said. “I saw a pregnant woman who was injured [from the attack], I heard she later died. I also saw children injured, and some security guards who worked at the party headquarters.”

Another resident of Koya who has no affiliation with the political parties targeted told Human Rights Watch the offices targeted are political offices only and do not host military activities.

In Sulaymaniyah governorate, Iranian drones and missiles struck the political offices of the Komala Party of Iranian Kurdistan, located in the Zargwezalla residential complex. “Our office is in a residential area,” said Mohammed Hakemi, a Komala member. “We don’t have any military activities. The residents of the complex are all refugees from Iran who escaped.” He said that the party does not conduct military activities out of the office that was hit.

“I was in the Komala office in Zargwezalla when a drone hit just behind us,” said Anwar Qobadi, another Komala member. Qobadi is also a refugee who told Human Rights Watch he left Iran in 2010 after suffering human rights abuses by Iranian authorities. He said that everyone in the Zargwezalla resident complex is a refugee.

After the first drone hit behind their office, Qobadi and two colleagues fled the building. “One minute later a missile and another drone hit the office, and shrapnel hit my back,” he said. “My colleagues were injured too and the building was destroyed. Nobody was killed.”

Iran has previously attacked the political offices of Iranian opposition parties based in Iraq. In September 2018, Iranian missiles struck the headquarters of two Iranian Kurdish parties in Koya, killing at least 14 people, according to local media reports at the time.

On January 8, 2020, the IRGC shot down Ukraine International Airlines Flight 752, killing all 176 passengers and crew on board. After several initial denials, Iran’s Armed Forces Central Command admitted on January 11 that the Revolutionary Guards had “mistakenly” shot down the passenger jet. Iranian authorities then engaged in a campaign of harassment and abuse against families of people killed on Flight 752 to curtail efforts for accountability. On April 6, 2021, Iranian authorities announced that they had indicted 10 people for their role in the incident but have not provided any public information about their identities, ranks, or the charges against them. Iranian authorities have failed to conduct any credible and transparent investigations into the security forces’ serious abuses. A Canadian government ​forensic investigation into the downing of Flight 752 determined that “Iran has fallen well short of providing a credible explanation of how and why the IRGC downed Flight PS752.”