List of dismissed and imprisoned Kurdish mayors in Turkey 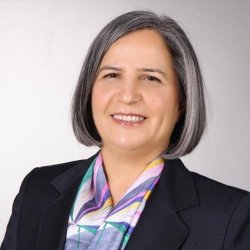 Gultan Kışanak was born in 1961 in Elazig. She started studying at the Faculty of Education at Dicle University in 1978, but was arrested during 1980 coup and was sent to Diyarbakir Prison where she was imprisoned for two years. According to her own account, she had to stay in the prison director's kennel for two months because she refused to stand up in his presence. In another speech, she said she slept in a doghouse for six months. She began studying journalism at Ege University in Izmir in 1986. On March 16, 1988, she was arrested while protesting Saddam Hussein's attack on Halabja. She was released a year later. After her release, she graduated in 1990.

In 2014, she was elected mayor of Diyarbakır with a total of 397,148 votes and with a vote rate of 55.11%. On October 25, 2016, she was arrested by Turkish authorities, along with Co-Mayor Fırat Anlı, on scarcely substantiated charges of belonging to the Kurdistan Workers' Party (PKK). The Turkish government ordered a general internet shutdown after the arrest. Nonetheless, on October 26, several thousand demonstrators at Diyarbakir town hall demanded the release of the mayors. In November, prosecutors demanded a 230-year prison sentence for Kışanak. In February 2019, she was sentenced to 14 years and 3 months in prison for "belonging to a terrorist organization" and for "propaganda of a terrorist organization". In prison, she wrote the book "The Purple Color of Kurdish Politics" on women in politics. She is currently detained in the F-type prison in Kandira, Kocaeli.