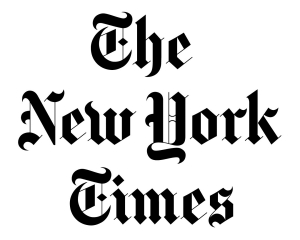 Turkish officials said the airstrikes were a counterterrorism operation against militants it accused of bombing Istanbul last week.

ISTANBUL — Turkish fighter jets carried out dozens of airstrikes in northern Syria and Iraq on Sunday, in what Turkish officials called an antiterrorism campaign to root out militants they accused of orchestrating a deadly bomb attack last week in Istanbul.

“The scoundrels are being held accountable for the treacherous attacks!” the Turkish Defense Ministry wrote on Twitter before dawn on Sunday in a post with a photo of a warplane taking off. The strikes targeted shelters, tunnels, ammunition dumps and training camps, the ministry said.

More than two dozen people were reported to have been killed, but different groups gave different numbers, and they may not have acknowledged all the fighters killed.

The Kurdish-led militia that administers northeastern Syria said that 14 civilians and one fighter had been killed. The group, known as the Syrian Democratic Forces, or S.D.F., vowed to strike back against Turkey.

“These attacks will not remain unanswered,” the S.D.F. General Command said in a statement. “We will respond effectively and efficiently at the right time and place.”

The new violence was a sharp uptick in tensions between two forces that have long hated each other and that both have close relationships with the United States.

In Syria, the United States worked with the Syrian Democratic Forces to fight the Islamic State, and a small contingent of U.S. forces remains in the territory the group controls in northeastern Syria near the Turkish border.

But that partnership has enraged Turkey, a U.S. ally in NATO, which views Syria’s Kurdish fighters as part of the Kurdistan Workers’ Party, which has fought a bloody, decades-long insurgency against the Turkish state aimed at gaining independence or greater autonomy. Turkey, the European Union and the United States consider the insurgent group, known as the P.K.K., a terrorist organization.

After a bombing last week that killed six people and wounded dozens on a busy pedestrian avenue in Istanbul, the Turkish authorities released photos of a woman who they said had planted the bomb and accused her of working for the P.K.K. Dozens of other suspects have been arrested as the authorities seek to uncover how the crime was committed.

The Istanbul bombing was the first such attack in Turkey in more than five years, and it raised fears that the country could return to the days when its cities were regularly targeted by the P.K.K. or the jihadists of the Islamic State.

The S.D.F. in Syria and the P.K.K.’s military wing have both denied any involvement in the Istanbul bombing.

In a statement on Sunday, the Turkish Defense Ministry said its warplanes had hit 89 targets in northern Iraq and Syria, all military infrastructure connected to the P.K.K. The campaign aimed to “fend off terror attacks from northern Iraq and northern Syria, provide border security and destroy terror from its source,” the ministry said.

A video posted on the ministry’s Twitter feed showed the names of two Turkish children who were killed in the Istanbul attack written on bombs attached to fighter jets.

Farhad Shami, a spokesman for the Syrian Democratic Forces in northwestern Syria, said that among the civilians killed were a worker at an electricity station and two guards who were protecting grain silos, as well as one S.D.F. fighter.

Also struck on Sunday was a pediatric hospital being built near the Syrian city of Kobani, Syrian Kurdish health officials said.

After the S.D.F. statement about responding to the Turkish attacks, seven Turkish police officers and one soldier were wounded in a rocket attack near a border gate on the Turkey-Syria border, Turkeys’s Interior Ministry said, accusing Kurdish militants in Syria of launching the attack.

The S.D.F. did not immediately comment on the rocket attack.

The Syrian Observatory for Human Rights, a group in Britain that tracks the conflict through contacts inside Syria, said the dead included one civilian, 14 S.D.F. fighters and 12 soldiers from the government of President Bashar al-Assad of Syria.

The Syrian state news agency, SANA, said only that “a number” of its soldiers had been killed in strikes on their bases in northeastern Syria.