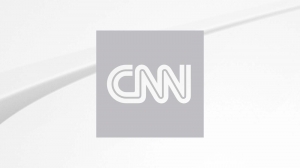 Washington (CNN)The US warned Monday that ISIS has begun reconstituting in some areas of Syria because a Turkish military offensive against a northern city has pulled the US' Kurdish allies away from the fight against the terrorist group.

"We are very concerned about the effect fighting there has had on our defeat ISIS efforts and would like to see an end to the hostilities before ISIS has the opportunity to regroup in eastern Syria," said Pentagon spokesman US Army Col. Rob Manning, discussing the Turkish offensive against Afrin.
The State Department went a step farther, saying that ISIS has already begun to rebuild in places.

"The fighting in western Syria over the last two months, including in Afrin, has distracted from the defeat ISIS campaign and provided opportunity for ISIS to begin reconstituting in some areas," State Department spokeswoman Heather Nauert said in a statement Monday.

US officials have been warning for weeks that the Turkish military campaign against Kurdish forces in Afrin, launched January 20, could undermine the fight against ISIS, as Kurdish fighters helping the US battle the terrorist group began leaving to help their compatriots there. But the Turks see the US' Kurdish allies as terrorists, and said so as they reacted to Nauert's statement Monday.

US officials, however, have said efforts against ISIS have definitely slowed.

Manning said that operations against ISIS in the area "have not kept up with the same momentum that they had prior to the events taking place in Afrin and it's not optimal." He added that, "we cannot allow ISIS to gain momentum at this critical point."

The US primarily backs the Syrian Democratic Forces in the fight against ISIS, a group that is about 50% Arab and 50% Kurdish; however, much of the group's leadership is Kurdish.

In a January speech laying out the Trump administration's policy on Syria, outgoing Secretary of State Rex Tillerson made clear the US will remain in Syria until the group is routed. "The United States will maintain a military presence in Syria focused on ensuring ISIS cannot re-emerge," Tillerson said at Stanford University. "The fight against ISIS is not over."

Turkish troops, backed by a group of rebels known as the Free Syrian Army, seized swaths of the Kurdish town on Sunday amid reports of looting, heavy civilian deaths and the reported bombing of a hospital.

"This adds to the already concerning humanitarian situation in the area, with United Nations agencies reporting a displaced population in or from Afrin district in the hundreds of thousands, who now require immediate shelter and other assistance to meet basic needs." Nauert's statement said. "We are also concerned over reports of looting inside the city of Afrin. We have repeatedly expressed our serious concern to Turkish officials regarding the situation in Afrin."

More than 150,000 people have been displaced in the last few days from Afrin, according to a senior Kurdish official and a monitoring group.

The Turks' decision to target Afrin was driven by concerns that Syrian Kurdish militias backing the US fight against ISIS could one day help Kurds in Turkey push for independence. While the Kurdish forces have been the most effective fighters on the ground for the US-led coalition against ISIS, Turkey dismisses them as "terrorists" and sees them as a potential existential threat.

"We have conducted this operation basically to clear the Afrin area from PYD/YPG terrorists," Ibrahim Kalin, spokesman for the Turkish president, told CNN's Becky Anderson on Monday. "Those who are sincere and consistent in the fight against terrorism should be supporting Turkey in its effort to clear its borders of terrorist elements."

A second source of friction has been Turkey's threats to push into Manbij, a town where US forces train mostly local Arabs, but also some Kurds. Ankara continues to demand the Kurds' removal and US officials have hinted that in response, they have increased troop levels in Manbij to ensure the protection of US personnel there.

"Our commanders on the ground always go through a process of assessing what's going on in the battle space," Joint Staff Director Lt. Gen. Kenneth McKenzie told reporters in Washington on March 15. "I could tell you that we have probably done some repositioning to make sure of our own force protection ... both down south as well up -- as up in Manbij."

Tillerson had traveled to Ankara in February to try to repair frayed US-Turkey ties, ease the crisis in Afrin, and defuse Turkish threats against Manbij by stressing their mission to fight ISIS.

Manning, briefing reporters at the Pentagon, said that, "We've made that very clear that US Forces are in Manbij and again this goes back to the need to focus on the defeat of ISIS. It's been very clear to all parties that US forces are there and we'll take measures to make sure we de-conflict."

Kalin, the Turkish spokesman, said his government had come to an agreement with the US through talks with Tillerson and National Security Advisor H.R. McMaster to move the Kurdish fighters. "We have agreed on a main framework for the area to be evacuated so the elements will move to the east of the Euphrates" river, he said.

"We have asked the US officials to move them out of Manbij so those areas can be secured by the local people," Kalin said. "We can do it together with the US or other local people can do it in the city."
Kalin also said Washington could choose other partners in its effort to defeat ISIS. "The fight against ISIS can be done with other forces, including non-PKK Kurds," who the Turks don't see as a threat, "Arabs and many other Syrians," Kalin said.